Taking their place solidly near the top in the toy-class segment of drones, Hubsan is an impressive manufacturer, pumping out some great drones ranging from nano to rigs that can haul around a GoPro type camera. We met up with them at CES 2017 and have been fans of their machines ever since.

We are particularly fans of their higher-end toy-class drones with GPS, autonomous flight and more. Join us for a thorough, but not complete, look at their line, our Hubsan drones guide. 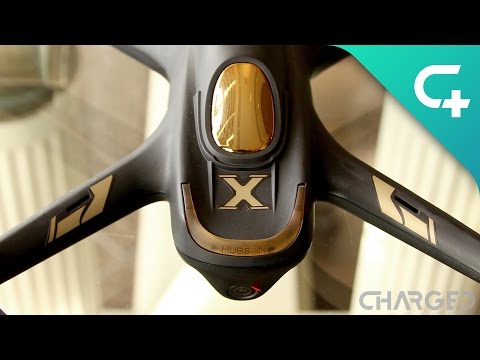 Hubsan is a Chinese manufacturer, passionate about making drones anyone can enjoy. Meeting with the company CEO was enlightening, he was not just a businessman looking to make money, he is passionate about his products. Each and every drone has a purpose and meets a need for his ideal consumer.

Having said this, Hubsan has a basic operating play book, build an airframe, then build multiple versions of craft on each frame. A simple machine will offer little more than the ability to fly, but that same base frame could be equipped for autonomous flight and FPV video streams.

I am setting the stage so that I do not have to include each and every Hubsan drone on the list today. There are just too many. Instead, we’ll focus on the main frames and discuss the options from there. Grab your popcorn, this will not be short.

On a quick note, Hubsan has a naming convention in place. You will see X4, Q4 and more attached to each drone name. This is straightforward, the most common X4 is a four propeller craft, a quadcopter. The Q4 is for the nano machines. If you see something with a six in it, expect to see six propellers, a hexacopter. One of our favorite drones for flying around the house is the tiny Hubsan H111. This is an entry level toy drone that usually sells for around $20. It flies quite well, all things considered, and is a superb machine to practice on during the winter months or before you dive into a larger machine. The built in battery only provides about 5 minute of flight time, there is no camera and no fancy flight features, it's a raw flight experience - which is what we love about it.

It's not lost on us that it comes in Drone Rush colors as well, thank you Hubsan! Getting into the toy range here, the Hubsan H107 is a series of drones, one of the main models is the Hubsan H107L. These are fairly entry level drones, great for those learning to fly or that are not in need of a robust machine to take to the skies. Also great for those with very little time on their hands, this little drone has no camera, cannot carry the GoPro and has battery enough for about 5-10 minutes of flight, depending on how you push it.

We all have to start somewhere, and the Hubsan H107L for about $30 sounds like a smart price to do so. Introducing a beginner’s drone for the beginner drone racer, the H122D Storm Racing quadcopter. This is a well equipped machine for the price, even if you add on the optional FPV goggles and a bundle with extra batteries and propellers, this is a well priced starter racing drone. Packing speeds up to 25mph, and about 8 minutes of flight, you’ll be geared up to fly like the pros. At least you’ll be on your way to graduating to the high speed machines in the big leagues. Currently found as the Hubsan H507A X4 Star Pro, this is the most inexpensive toy-class in the line. Packing a robust feature set of GPS, altitude hold, return to home and more, the H507 is a powerful flying package. The Hubsan H501S was one of the first GPS enabled drones from Hubsan to offer a 1080p camera and brushless motors. This sounds like a common thing, silly to celebrate by today's standards, but this was a game changer for Hubsan and the toy drone market. Looking at 2017 and earlier, most toy-class drones, which included most all of Hubsan's drones, used inefficient brushed motors and all flew in what you might call ATTI mode. While the early drones had no navigation or a tools for object avoidance or flight assist, GPS in the H501S gave it the ability to hover and even set a GPS controlled route through the mobile app on your smart device.

With RTH functionality and more, the Hubsan H501S remains one of the best drones that live in between toy-class and what we might call the premium experience of full GPS flight control. Check out the Hubsan H501S for around $168 and watch for deals as low as $150. At launch, the Hubsan H502S Desire was one of the very best toy-class drones that Hubsan produced. It rocks basic GPS and flight features like a follow-me mode. The little drone still has brushed motors, which is a clear distinction in the Hubsan line between their low and high-end models, the higher end models have brushless motors. Don't hold this against the H502S, it may not be as fast or battery efficient as the brushed models, but it still flies very stable, holds a hover quite well and the FPV through the 720p camera gives you that fun flight experience.

You can get into the Hubsan H502S Desire for around $100 today, that's approaching half of its initial price at launch. The Hubsan Zino Pro is a historic drone for the company. Until this point, Hubsan built mostly toy drones, that is, drones that may have offered some basic GPS functionality, rarely hosting anything more than a 720p camera, and nothing that had potential to stand up to a DJI Mavic series drone. The initial Zino may not have nailed it, but the Hubsan Zino Pro has a spec sheet that ticks a lot of the right boxes.

The Hubsan Zino Pro offers a 4K camera on a 3-axis stabilized, rotating gimbal, flight time similar to the DJI Mavic Air, a bunch of flight modes that most of us have come to expect of a drone, and 4KM connectivity. One of the best features is the ability to remove the camera lens and install new lenses with ND filters built in. Utilizing the same base design as the H502 line, the H216A Desire Pro is a pleasant step above. Equipped with one of the best cameras available on a Hubsan drone, and some of the best flight assist features, such as a stable hover and GPS, the H216A is a compelling option for a toy-class machine. We have found that Hubsan hosts many sales on their site. This may not translate into savings if you purchase from Amazon or other, but you can usually find a decent 10-20% off sale around the holidays. I hope I did not generalize the Hubsan line too much – truth is, there are dozens of specific models based on the few above frames. I want to say again, Hubsan is lead and staffed by passionate toy makers, these machines are built with the intent of entertaining you and your children.

We see plenty of room for Hubsan to expand their operations, to reach into the same space as the likes of DJI. This does not appear to be their mission at this time, but they are rapidly setting the backbone to becoming one of the top manufacturers around. We’ll be watching closely.

Which is your favorite Hubsan drone?

How good are Hubsan drones?

Hubsan drones are some of the best toy-class machines on the market. Unlike a number of white-label drones that you can find for similar prices, Hubsan designs and builds most of their drones themselves. The CEO of the company is a passionate toy maker, it just so happens that this line of toys can fly. More recent Hubsan drones have better cameras, GPS modules and more, so we think things are good, and only going to get better.

Are the oldest Hubsan drones still worth it?

For the most part, yes, the older Hubsan drones are still worth it. Take the tiny H111 for example, it’s over 5 years old now, but there has been little advancement in these nano drones, you’ll get nearly the same experience from a first batch H111 as from a brand new nano drone. On the higher-end of things it’s different. One of Hubsan’s top drones back in the day was designed to carry a GoPro — as we no longer believe a GoPro is a great drone camera, we’d not recommend those older drones.