I’m sure you’ve seen the news already, DJI has a drone announcement in just under 12 hours from now. We’re excited, but we still do not officially know what is on deck. A Mavic Pro 2 with the name Mavic Air, perhaps, and a toy drone, of sorts, are possible, or so the rumor mill says.

We’ll round up the rumors we’ve read below, but first, here’s DJI’s teaser video. What do you think they’re about to release? 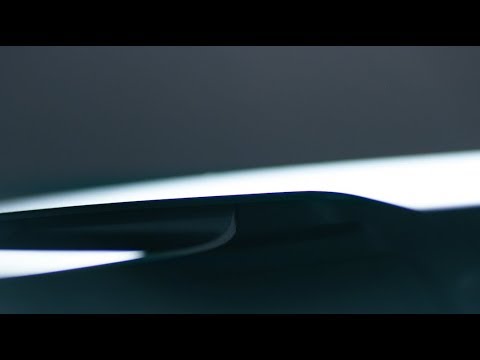 The primary rumor we’ve seen is for a new Mavic drone. Not necessarily a Mavic Pro 2, instead we’ve seen the name Mavic Air and are expecting something a little bit smaller. Ultimately, a new drone that fits in the line in between the Spark and the Mavic Pro.

We are to assume that this is the main announcement coming in the morning. Don’t worry, we’ll be on the ground in New York to get all the details. What we confident we’ll be seeing, at the very least, a folding drone.

I know, that was a lazy assumption, DJI has built much of their drone success on things that fold when not in flight. It simply appears DJI is focused on the fold this time out.

In the specs department, we’ve heard rumor of 21 minute flight time, a 32MP shooter with 4K video at 60FPS, but still on a smaller 1/2.3-inch camera sensor. This is the same size sensor as both the Mavic Pro and the Spark, so we’ll have to wait to learn if it is an updated sensor better capable in lower light situations.

Borrowing from both the Spark and the Mavic Pro, we’ve heard there might be hand gesture flight controls, a very similar remote as the two and the Air might even have Ocusync, allowing it to connect with existing Mavic Pro controllers, or at least with the DJI Goggles.

Stay tuned, we’ll bring you the announcement as it unveils.

Truth is, we’ve heard nothing to speak of here. Sure, there was the news last week of DJI working with Intel and more on the Trello drone, a small toy with some smarts that can be found in the DJI Store. It’s not there yet, so perhaps this is all there was to the early rumors. Far be it for us to generalize, but it would not surprise us to see new color variants for existing drones. DJI has been adding colorful offerings to the Spark, not to mention a few color options for the Phantom line and Mavic Pro. If the new Mavic Air is also available in three or four colors, and does land as a machine in between the Spark and Mavic Pro, we very well may see new colors for the Mavic Pro.

In addition to new accessories built for the Mavic Air, there is a chance that there will be new accessories that work for the Spark and Mavic Pro as well. Primarily, we are to understand that the controller will be the same base design as for the other two drones, so any new tools there could work for all three models.

We’re hoping, but we have no reason to expect any Phantom news tomorrow, sorry. That said, we are overdue for the Phantom 5, so maybe all the Mavic Air leaks are the smoke and mirrors to hide a new Phantom drone.

There is little more to say at this point, let’s all get some rest, meet up just before the 10am EST announcement on January 23rd, 2018.

What do you think is coming?