When it comes to drones, DJI is a top dog on the planet, but as you know, they create more than just drones, with camera rigs, cameras, and now robots as well. They’ve got them all at their booth at CES 2020.

It’s great to hear that the Phantom 4 Pro V2.0 is back in stock on DJI’s store, and we’re super excited to learn more about the Livox Lidar systems, but we enjoyed what DJI had to show on the floor.

You know who these guys are, (if not, hit our DJI Drones guide to learn more,) so let’s mostly just dive into the video to see what the folks at DJI are excited about this year. 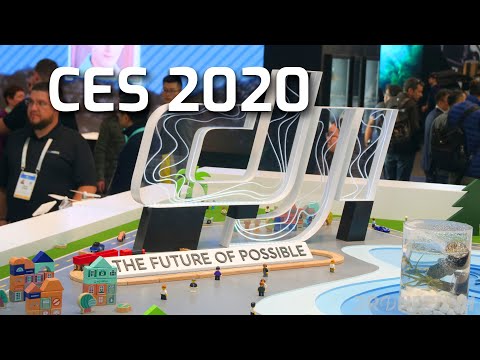 In addition to the top drones from the brand, they, of course, had plenty of their other machines available to put hands on.

As you’ve seen, the DJI booth at CES 2020 is as big and busy as ever. Their impressive line of drones is now well complimented by camera stabilization rigs, cameras themselves and robotics designed for STEM. We’ve had the chance to explore the DJI Osmo Pocket and the DJI Osmo Action before, they are certainly not new, but still as useful as ever. For drone mounting purposes, we’d still like to see an Osmo Pocket Pro, with larger camera sensor, better remote controls and far greater range, but we suppose you can look at the DJI FPV system for that need.

In terms of the camera rigs, the Osmo Mobile 3 is fairly slick. There are few functionality improvements over the Osmo Mobile 2, but the new folding design is extremely useful.

Back with drones, DJI has seen great success, and influenced the entire consumer drone market, with their Mavic drones. The Mavic Pro from 2016 is still a solid machine, and still emulated by the competition. The Mavic 2 Pro and Mavic 2 Zoom are powerful upgrades from the initial Mavic Pro, but they are also 2018 models as well, it may be hard for DJI to keep outdoing themselves with these machines. Admittedly, there is always room for better cameras, more flight time, and other iterative improvements for the latest and greatest Mavic drones, but we’re still pretty happy with the machines.

Moving to the commercial side, the introduction of in-house lidar is a bold move from DJI. There is nothing wrong with competition, but they have an upward hill to battle with companies like Lidar USA, that have been at this a little longer. The offerings are solid, and we’ll explore them more in the future. We had a good time visiting with DJI at CES 2020, we hope you enjoyed a peak at what they brought to the show. If you are new to the world of drones, or looking for more of a briefing on what DJI is up to these days, we are interviewing them at our booth, to be posted on Android Authority, from a lighter and less drone-driven approach. Check it out!

We have plenty more coming from CES 2020, stay tuned.