Fans of compact, folding drones were excited for the announcement of the Autel Robotics Evo at CES 2018. No release date was provided at first, but Autel Robotics have released a new teaser video with a focus on the camera, obstacle avoidance systems and more. To be clear, no specific release date was announced in the video itself, but a quick glance at the video description, with confirmation in the comments section, Autel Robotics has confirmed that the Evo will be launched on June 25, 2018.

Let’s take a look at that teaser video, then we’ll remind you what the Autel Robotics Evo is all about, and why we are excited for it. 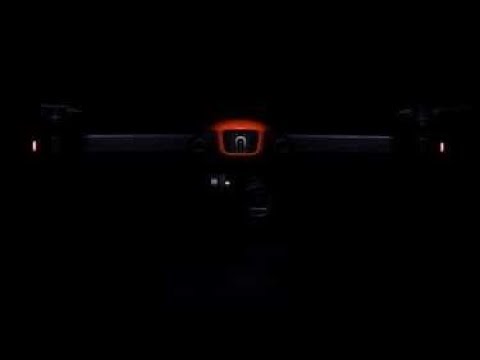 We are very excited for the release of the Autel Robotics Evo, as this could well be the best contender to the DJI Mavic Pro yet. The Autel Robotics Evo will be priced the same as the original DJI Mavic Pro, placing it at a few hundred dollars more than the newer DJI Mavic Air. With the reasonable price tag and Autel Robotics’ standout customer service, the Evo is looking like a great purchase just in time for summer. We’re also just happy to have a new Autel Robotics drone on the market, it has been increasingly difficult to find their previous flagship drone; the Autel Robotics X-Star Premium is out of stock at many retailers.

The Autel Robotics Evo conceptually takes the best that the DJI Mavic Pro has to offer, then makes some improvements. Evo boasts a flight time of 30 minutes, its camera bumps the 4k video to 60fps, and it has sensors for rear facing object detection. We should note that the DJI Mavic Air sports 4K video at 60fps as well, but has shorter battery life. Evo runs off Autel Robotics’ new Autel Explorer app, providing a rich selection of flight features. The Evo comes with a custom remote control, which is able to control the Evo up to 4.3 miles (7km) away. It streams 720p video back to the built-in display on the remote. As you might expect, the Autel Robotics Evo comes with many standard features one would expect from a top drone today, including a compact, folding design, a 3-axis stabilized gimbal and front facing obstacle avoidance.

As we mentioned, the Evo will start shipping on June 25, 2018. If you would like to get started now, you can pre-ordered the Autel Robitics Evo now for $999. This is a started kit with one battery, spare propellers and some retailers are adding in a microSD card.

Are you looking into getting the Autel Robotics Evo? Share your thoughts with us in the comments and over at our social media accounts.