Amazon’s drone makes first demo delivery in the US

Amazon’s drone makes first demo delivery in the US Amazon is trying hard to get its drone delivery business off the ground as soon as possible. The company is already testing out its ambitious plans in the UK in hopes of someday achieving its goal of delivering packages to customers in 30 minutes.

At the beginning of the week, Amazon demonstrated its drone delivery system in the US for the first time. An autonomous drone dropped off a few bottles of sunscreen at Amazon’s MARS conference in Florida. You can check out the short video below. 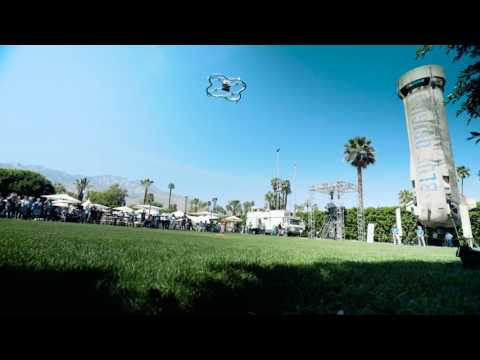 Despite its first successful demo in the US, it will still take quite some time before we’ll see drones delivering our packages. There are a few reasons for this, with the main one being that regulations in the country don’t allow it. At least for now.

There are also additional challenges Amazon has to overcome to make its dreams a reality. Delivering a package to someone’s house and leaving it at the front door is something that the company is apparently already capable of doing. However, making a delivery to someone living in an apartment building in the center of a big city isn’t quite as easy, as the drone can’t just leave the package in front of the building on the street and take off.

The good news is that Gur Kimchi, the vice president of Amazon Prime Air said that the delivery in Florida at the beginning of the week was conducted “with the assistance of the FAA.” This might mean that the retailer is already working closely with US authorities and that the regulations could change in the company’s favor in the near future.