The largest, strongest, fastest and most capable drones on the market are targeted toward the professional community. These are the types of machines that the movie industry puts to work, that commercial agencies use to inspect infrastructure and search and rescue teams rely on to save lives. We’re super excited that many of our favorite smaller consumer drones can handle some of the simpler professional drone needs, but we’ll explore more of that below.

If you are looking for a commercial drone, a machine for tasks like mapping, surveying and deliveries, we recommend checking out our Best commercial drones list instead.

You don’t have to fly a drone for work to enjoy these machines, but most do come with a hefty price. Join us for a list of some of the best professional drones.

What is Drone Rush?

Thank you for joining us here at Drone Rush, we are a group of passionate technologists, eager to fly every drone we can get our hands on. Our enthusiasm for drones began as a hobby, and rapidly grew to seeking out the best camera drones on the market. Learning that there are many forms and functions of Unmanned Aerial Vehicles (UAS,) we strive to learn them all.

We invite you on this drone journey, we ask you to trust us as a source to find the best drones on the market today. We also want to help you get the most from the experience, watch for tools, tips and tricks for your drone flights.

Learn more about our drone philosophy by clicking the button below.

For the love of drones – Drone Rush
We’ll proceed today with little rhyme or reason, I plan to lump together camera drones with search and rescue drones and more. We originally thought we might approach this from a price perspective, making this a list of drones over $2000. Truth is, just like friends, great drones come in all sizes, and your professional needs may differ from other pilots around, so we have no price limits here today.

You can fly these drones at home for fun, but please remember that if you are being paid to fly, you need to have your Part 107 license in the United States. We’re working on our content, our drone pilot training, or you can hit up our preferred training provider Drone Pilot Ground School. If you are looking for the largest off-the-shelf drone that Yuneec produces, you'll be looking at the Yuneec Tornado H920 Plus. This is a sizable hexacopter made to haul a fair sized camera. By default, you'll launch with the CGO4, which compares nicely to the Panasonic GH4. Was that a collaboration? Well, go ahead and install the camera gimbal to launch with the GH4 itself. In the end, the H920 Plus is an older drone, it's still reliable and masters the basics, but runs Yuneec's older in-house software. Their software is not bad, but their newer drones use PX4 and Dronecode software, which is more robust.

Bottom line, if you need a powerful drone for your more basic Hollywood camera flight needs, the Yuneec Tornado H920 Plus is a solid consideration. If you have to ask how much it costs, you can’t afford it. A full blown rig from Intuitive Aerial can set you back $25000 or more, including Hollywood style monster video cameras. The idea of the Aerigon MK II is simple, put your camera in the sky. We’re not talking about mounting your phone, GoPro, point-and-shoot or even your DSLR, we’re talking about 15 lb professional camera rigs.

With an example rig costing a full quarter of a million dollars, the media team at BrainFarm shoot 4K commercials and more, and you can too, if you can afford it.

Check out the Aerigon MK II The FreeFly Alta 8 is a massive drone with a huge payload. Measuring almost 4 feet across, the Alta 8 can pack up to 26 lbs of gear, including the batteries and such – so only about 20 lbs of camera. While FreeFly promotes themselves as film enthusiasts, the Alta packs an optional top mount for your camera. We introduced this idea with the DJI M200 series recently, but FreeFly has had it for a time already. Commercial drone pilots will be able to inspect the underbelly of bridges with either of these options.

If you are looking for a little less payload and a smaller drone, the FreeFly Alta 6 is a hexacopter take on the same air frame. Intel’s Falcon 8 and Falcon 8+ have been flying the skies for some fun inspection projects around the globe. These are not the sort of drones you pick up cheap and fly in your backyard, but if you are serious about inspection services, or other high flying, high-end camera needs, the Falcon 8+ could be the drone for you. More than just a drone, Intel Insight is a powerful software package that takes your images from the sky and performs magic on them. Well, maybe not magic, but creating a full 3D map out of stills is fairly slick.

3D mapping is only the start, Intel Insight is designed to assist in the inspection process. The software is able to identify and highlight any changes of an object after you collect subsequent scans. At InterDrone 2017 we watched as the drone scanned the facade of a building, changes were then made, removing screws and lights, etc. The second scan was able to identify these changes. The idea is to automate much of the menial work, place that info in front of a human who can then decide to repair or ignore the real world object. 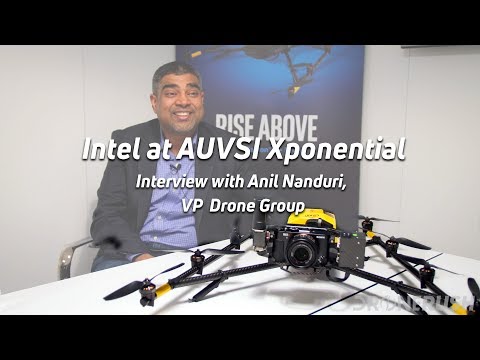 We’re not saying that being in the military makes you a professional, but, it sort of does, doesn’t it? If you are looking for something more than your standard camera rig or quadcopter, maybe one of our list of military drones can help.

That’s all we have for today, I hope you can see the value in the various drone options presented. If nothing else, I hope we’ve given you a sense of the types of industries and workloads that drones are supporting today. We did not discuss passenger drones, nor did we get into law enforcement and military equipment – we tried to stick to drones that you can actually go to a store and purchase, even the ones that the average pilot can’t afford.

Is there a commercial or professional drone that you think should have been on this list? Which of these pro drones would you like to play with for a non-pro flight?

Looking for a fun consumer drone?